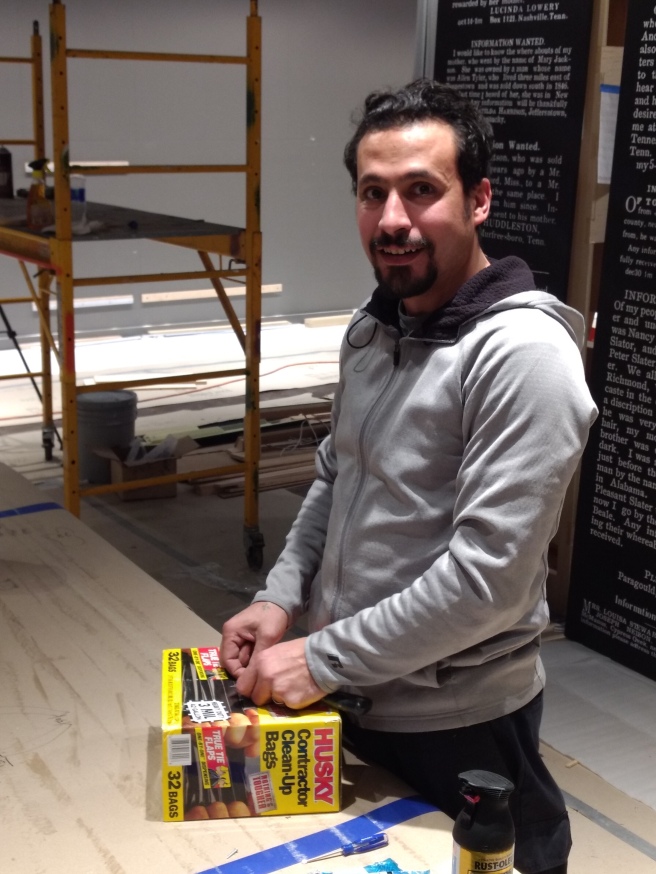 A few months ago, I visited my former TCATN construction school classmate Maher Farag on the job at 1220 Exhibits in Nashville. A brilliant cabinetmaker, Maher was hard at work building exhibits for a museum that was opening in the spring. Mum was the word, so, as much as I wanted to brag on Maher, I didn’t spill the beans on the project.

Spring is here, and the project Maher was working on has officially launched — The Legacy Museum: From Enslavement to Mass Incarceration. Depicting the history of slavery and racism in America, the museum is a companion to the nearby National Memorial to Peace and Justice, which is dedicated to the more than 4,000 victims of lynching in America.

A project of the Equal Justice Initiative, The Legacy Museum in Montgomery, Alabama, opened April 26, and has been the subject of national media, including this video on CNN and this story in The Washington Post.

“Located on the site of a former warehouse where black people were enslaved in Montgomery, Alabama, this narrative museum uses interactive media, sculpture, videography and exhibits to immerse visitors in the sights and sounds of the domestic slave trade, racial terrorism, the Jim Crow South, and the world’s largest prison system. Compelling visuals and data-rich exhibits provide a one-of-a-kind opportunity to investigate America’s history of racial injustice and its legacy — to draw dynamic connections across generations of Americans impacted by the tragic history of racial inequality.”

Many of the compelling visuals and data-rich exhibits benefit from the work of Nashville-based 1220 Exhibits and my precise and patient former classmate. Maher spent weeks in Montgomery working on the activist portrait walls and installing theater benches, graphics, and a video kiosk at the entrance. If you visit the museum, you’ll see slave pens with holographic images—also known as “Pepper’s ghosts”—of prisoners telling their stories. Maher helped put finishing touches on that exhibit.

I can’t say I look forward to seeing the brutal imagery of this painful historical narrative. But I can say I am proud to know people who have the skills to help tell the story so vividly.

To learn more about The Legacy Museum, visit museumandmemorial.eji.org