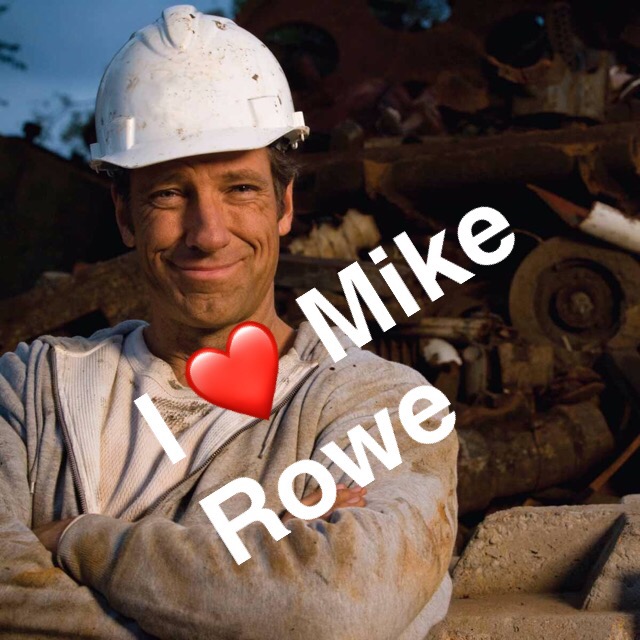 The new trimester at construction school opened with a screening of snuff films–decapitations, electrocutions, dismemberments and impalings–all in the name of putting safety first on the job site.

OSHA is a dark mistress.

After so many clips of arc-flash burns that left me covering my eyes in terror, a YouTube video from Dirty Jobs host Mike Rowe got my full and undivided attention.

I may have mentioned this before,  but I heart Mike Rowe, that handsome champion of the blue-collar worker. He is my spirit animal. I could watch him all day.

Thank you for asking. The answer is Nothing. Nothing comes before safety. Well played, Mike Rowe. OSHA Mom approves.

Anyway, I was on the edge of my seat, when the instructor abruptly stopped the video and starting surfing for other safety movies.

I objected. Because, well, because Mike Rowe is my George Clooney. I said as much, and the guys in class conceded generously to let me see the finale of Mike Rowe’s Saftey Third video.

When it was over, the instructor started scrolling down the YouTube menu of woodworking and shop videos, most of which appeared to be hosted by gray-haired men in unfinished basements.

“Now what do you want to watch?” he asked.

I knew better than to ask for more Mike Rowe. One doesn’t want to be greedy. But our classmate Chef had a request:

“Does Gisele have a safety video?”

5 thoughts on “Safety is Sexy”