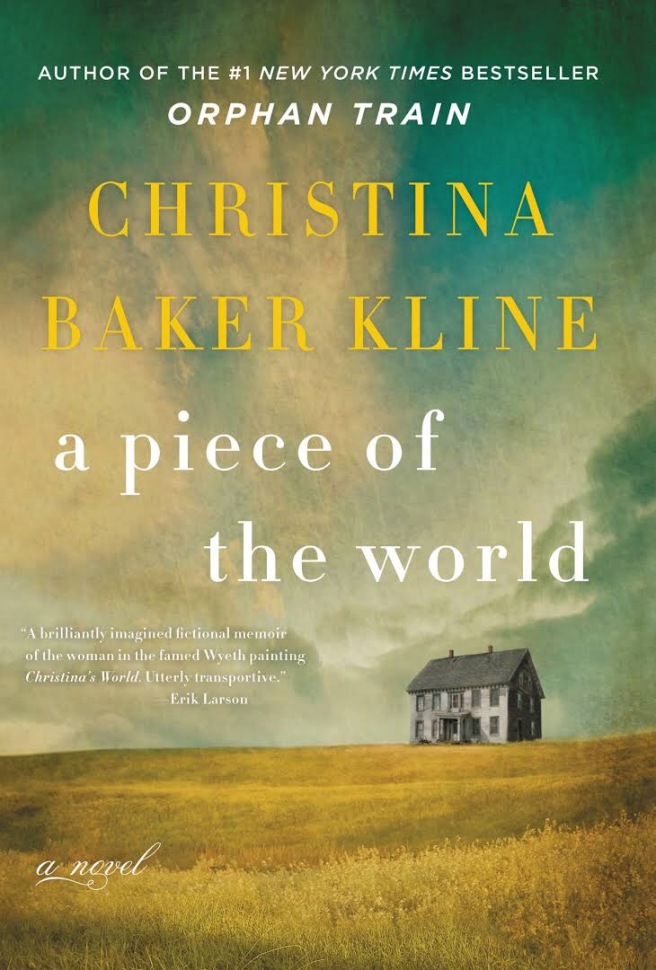 Driving home from construction school recently, I tuned into NPR’s interview with author Christina Baker Kline about her forthcoming novel, A Piece of the World. Kline’s follow-up to Orphan Train explores the relationship between artist Andrew Wyeth and Christina Olson, the subject of his best-known painting, Christina’s World.

Referred to as America’s Mona Lisa, Christina’s World depicts Wyeth’s neighbor in Cushing, Maine—a victim of a degenerative disease that left her unable to walk—in a hilly meadow, presumably dragging herself to the farmhouse on the distant horizon.

Wyeth’s enigmatic portrait of a young invalid has captured my imagination many times in the past—while visiting MOMA, where the painting resides, and any number of dorm rooms back in college, where the poster was ubiquitous. What captured my attention this time was not so much the resilient Christina as the architecture of her world, a classic New England farmhouse.

You see, right before I headed home from construction class, we were learning to install James Hardie fiber-cement shingles. When it came time to turn the corner on our wall, our instructor, a New Englander, made a big production of showing us how to “weave” the shingled corners together by applying a two-degree bevel and a 45-degree cut. In short, he trimmed the shingles narrower at the top than at the botttom—to account for the slant against the wall—and he mitered the ends to make a point at the corner. Installing shingles requires the rare combination of precision and patience that can cost a homeowner about $6 a square foot. 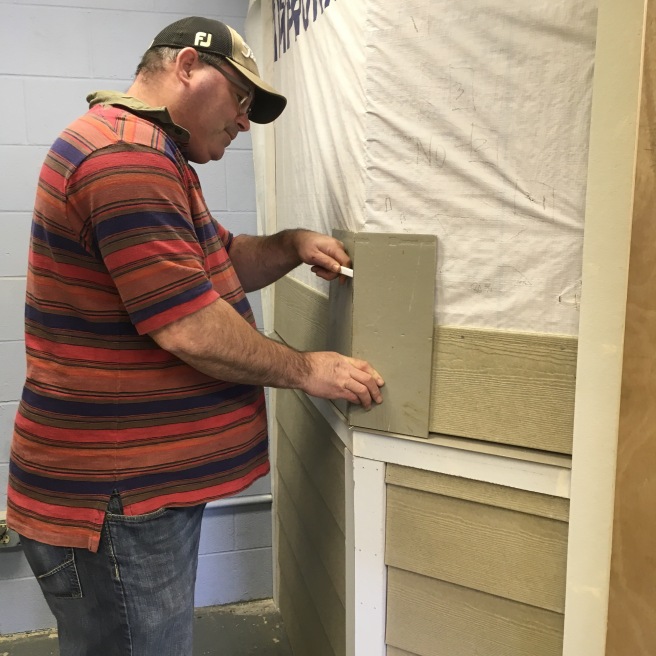 I was impressed and confounded by the detailed complexity, so much that I asked, “Seriously, people don’t really do this, do they? This is just theoretical—for overachievers—right?”

(I can assure you, there are no 2-degree-beveled-and-45-degree-mitered cuts on my Hardie-sided house, and not once in sixteen years of residence have I lain awake thinking, “If only we had weaved shingles instead of those slack-ass penny-pinching corner boards…”)

Our instructor explained, with that calm Yankee fortitude that makes him wear short sleeves on 40-degree mornings, that we wouldn’t see so many “weaved corners” in the South, but they were popular in New England. An architectural archetype popped into my head: the clapboard-and-shingle Colonial in Christina’s World.

That was minutes before I got in the car and heard Robin Young interviewing Kline on Here & Now.

As soon as I arrived at a computer, I looked up Wyeth’s painting and Kline’s novel. In fact, the Olsons’ weathered farmhouse stands alone on the cover of the book, which is due out February 21. I used all the magnifying powers at my computer’s disposal to see if the Olsons had weaved corners, but as best I can tell, they skirted the issue by butting the planks into corner boards.

The Olson House in Cushing, Maine, became a National Historic Landmark in 2011. It is operated by the Farnsworth Art Museum and open to the public. I look forward to seeing it in person.